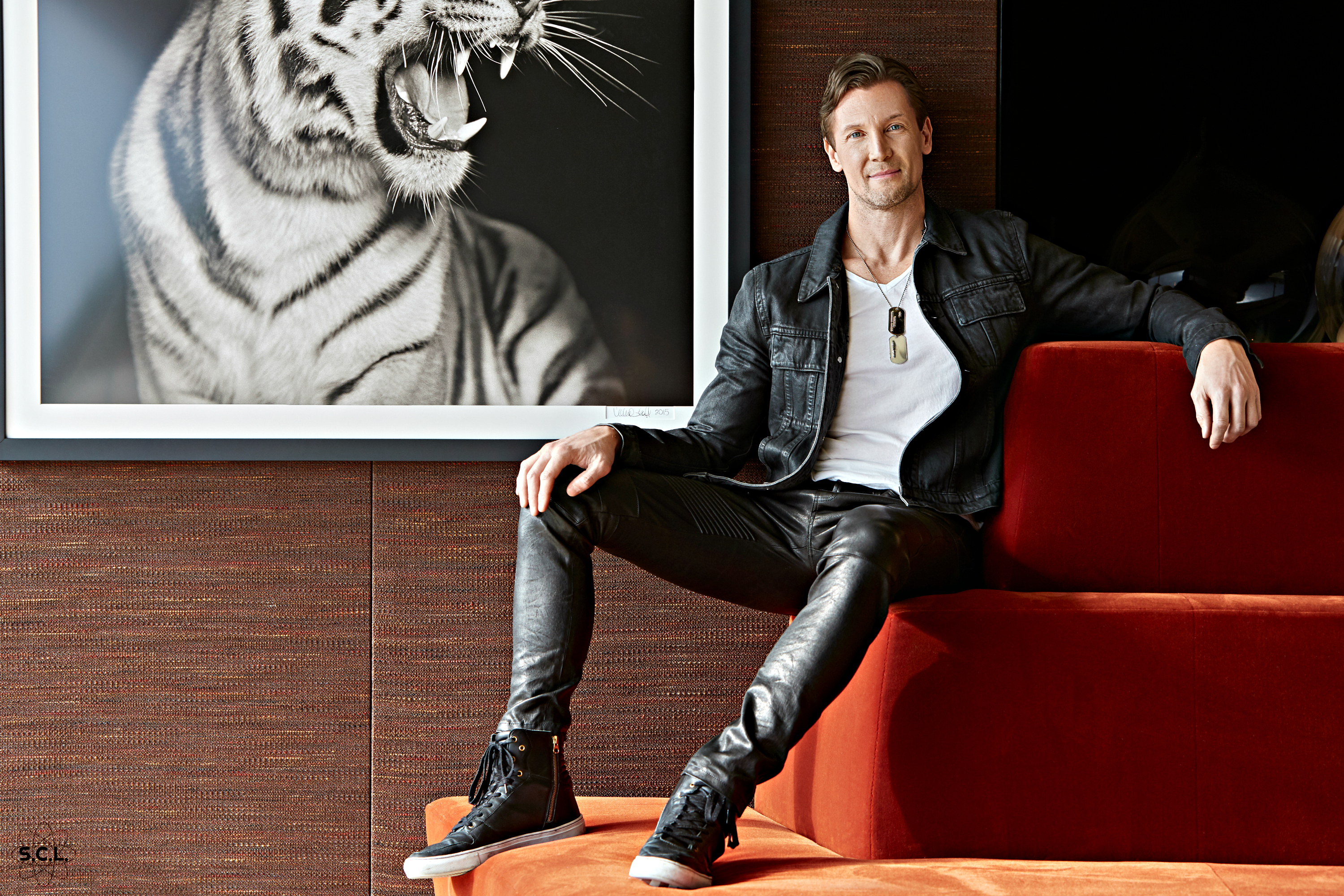 Does life imitate art or art imitate life? This question becomes harder for me to answer as I work through this interview with our current person of interest; Adam Ambruso. As an actor, he gets to witness firsthand how real life embeds itself in our entertainment, the very thing created as an escape from reality. “My acting style would hopefully be described as unapologetic and real,” reflects our guest. “I always seek out the raw truth of the situation and just literally will myself into its imaginary circumstances.” 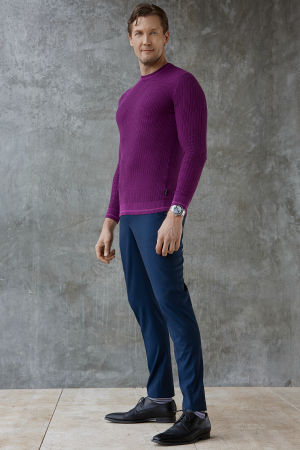 Adam is the lead in the film “Butterfly Caught” which chronicles the plight of three actresses to break into the ultra-competitive Los Angeles acting scene. “I did find a lot of similarities on multiple levels between the movie and real life,” he admits thoughtfully. In fact, it’s what attracted him to the movie in the first place. “The story is very real to me and is very similar to what I have seen and experienced in Hollywood. It is definitely grounded in reality, and resonated with my role as ‘Randy’ which is why I fought to play him,” he says. Like ‘Randy,’ Adam strives to be “true and honest” and “work to make the world a better place. “However,” he explains, “I also relate to the actors in the movie. I have had my own struggles with the “me too” experience here in Hollywood. I never got too crazy into the party scene though because I got most of that out of my system in high school and college.”

Besides actor, Adam also executive produced the film “Trafficked,” starring Ashley Judd, Sean Patrick Flannery, and Elisabeth Rohm. It would certainly seem as if Adam, judging by his latest movies including “The Great Race” with Treat Williams and Henry Thomas, has been tackling issues of a more serious nature. “Yes,” he remarks. “I was just commenting on that with a friend recently that I seem to be doing roles and movies that are in the vein of life’s current challenges and consciousness, which seems to be today’s hot topics.” Submersing himself in the grittiness of a role beckons like a lighthouse. “I feel like that is where the world needs strong and positive people duking it out and trying to find creative solutions and at the very least bringing light to the situation. I always look for and find the positive answer, solution, and message in these moments,” Adam articulates. “It’s just how I approach life… I create my way out. Like Einstein said, ‘Imagination is more important than knowledge.’”

I’ve always appreciated movies with a message as well as thoroughly enjoyed the films that are meant to entertain. When a film manages to do both its almost sensory overload being the highly sensitive person I am. Acting for Adam is so much more than a profession which is great for someone like me who loves a good story that takes me to a place I’ve never been while invoking my emotions and thoughts. “The greatest joy I find in acting,” Adam says, “is the feeling that I am fulfilling my life’s purpose. I feel it is something I was created to do, and I can feel that in my soul when I’m doing it. I love losing myself in another person’s life by empathizing with his situation and becoming him so that I can impact other’s views, emotions, and even entertain them by telling someone’s story.” 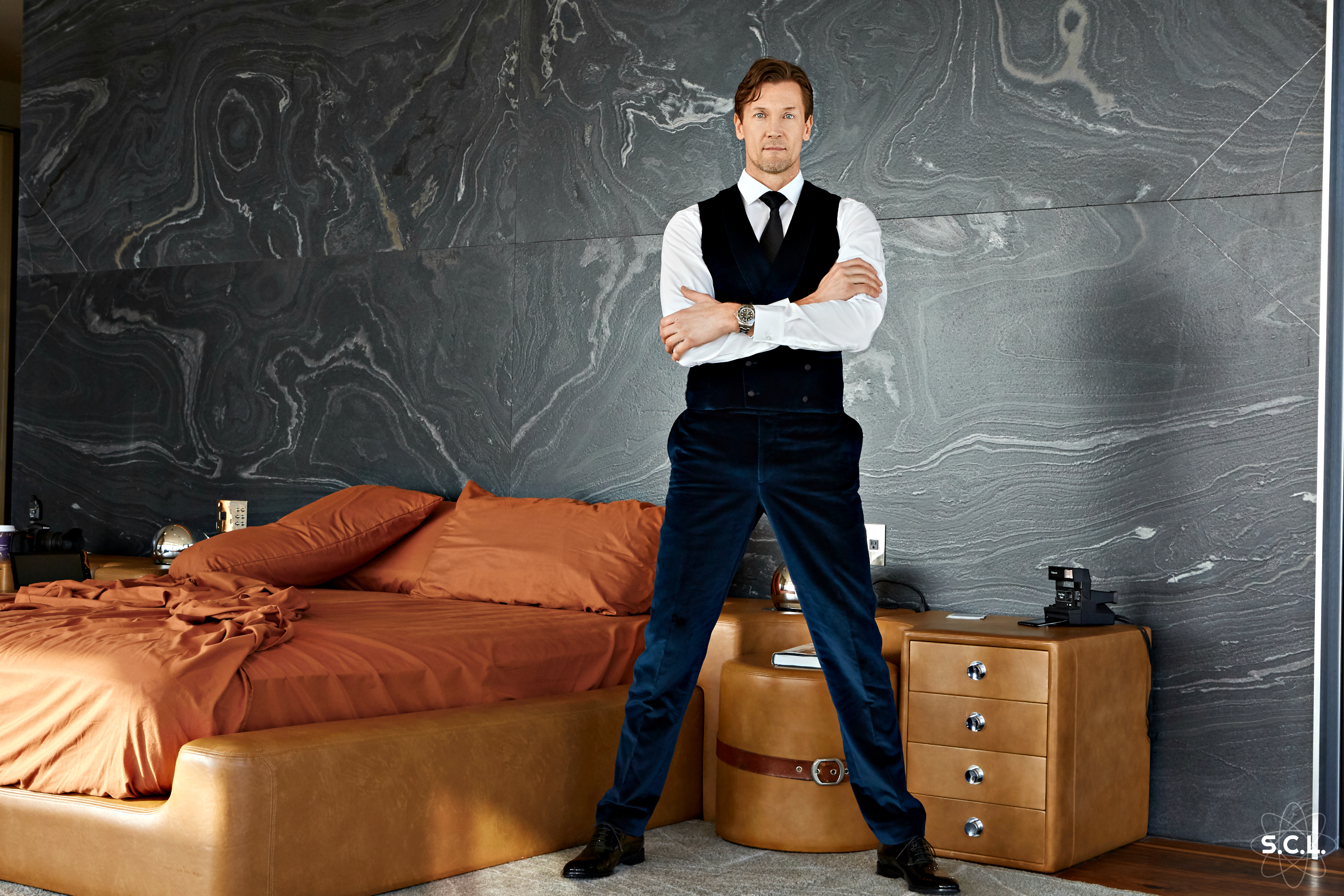 Adam’s other professional pursuits besides producing and eventually directing reach beyond the world of lights, camera, and acting. “Outside the world of entertainment, which is my passion, I would like to develop real estate and eventually disrupt the way structures are built on this planet as well as others,” asserts a determined Adam. “I have an idea I want to present Elon Musk that would fit nicely with his company Solar City’s business model. I’m building a high-end luxury house in the Hollywood Hills that is being designed by Lenny Kravitz’s company Kravitz Design,” he offers. “I also want to invest in companies and help the world be a better place. I have a nutraceutical company right now because I really like the health and wellness space. Moreover, I have a strong desire to improve the world through charity. I am involved with many but plan on starting my own foundation.”

Adam’s desire to improve upon this world comes with a few views and an altruistic agenda. “I would like to see people respect each other more in general, which I guess just comes down to love,” he confides. “I want everyone to love each other more. Specifically, I would like to see much harsher laws with severe penalties for human trafficking crimes and would like to create an awareness and an intolerance for people being taken advantage of sexually in Hollywood and around the world. Both of these things seem to be happening right now.” 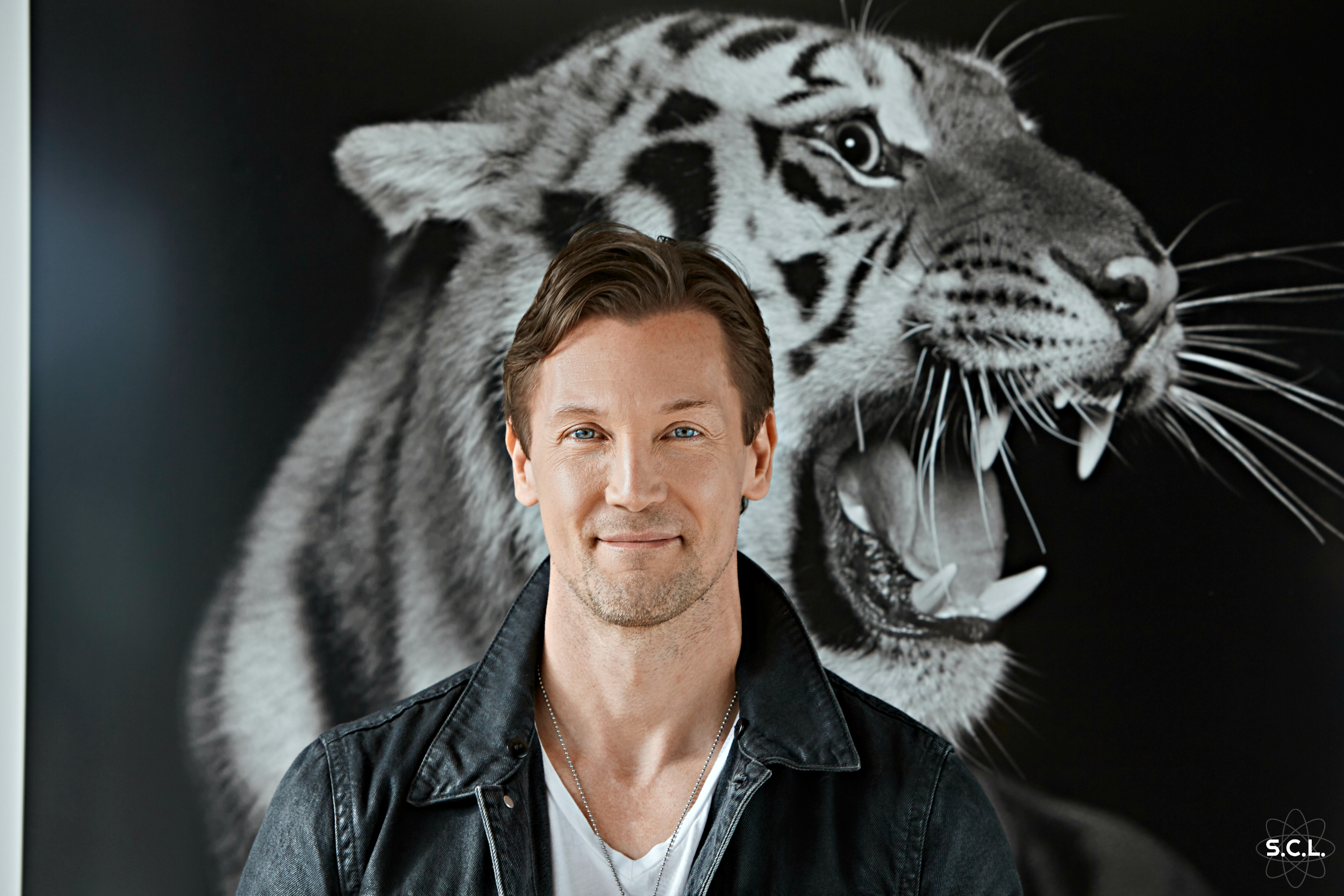 Hollywood, they say is fickle, being genuine is rare and it’s almost an expected that if you’re a successful originator others in your industry basically believes imitation is flattery. Even if you’re a consummate professional, remaining a maverick in the industry is difficult. “It is such a trap,” says Adam, “to look at others to see what they are doing and try to compare you to them. I have to fight this every day.” Here, Adam’s bespoken honesty is palpable. “I see more and more in my life,” he continues thoughtfully, “that I do not need to look outward for signs of what I need to progress but instead need to look inside for my own truth and individuality in order to be great. To help me do this, I meditate and pray every day and I try to avoid comparing myself and always ask myself what can I possibly do that’s better or inspiring and what is my greatest vision and then try to hit that. After all, you only see what you’re aiming for.” 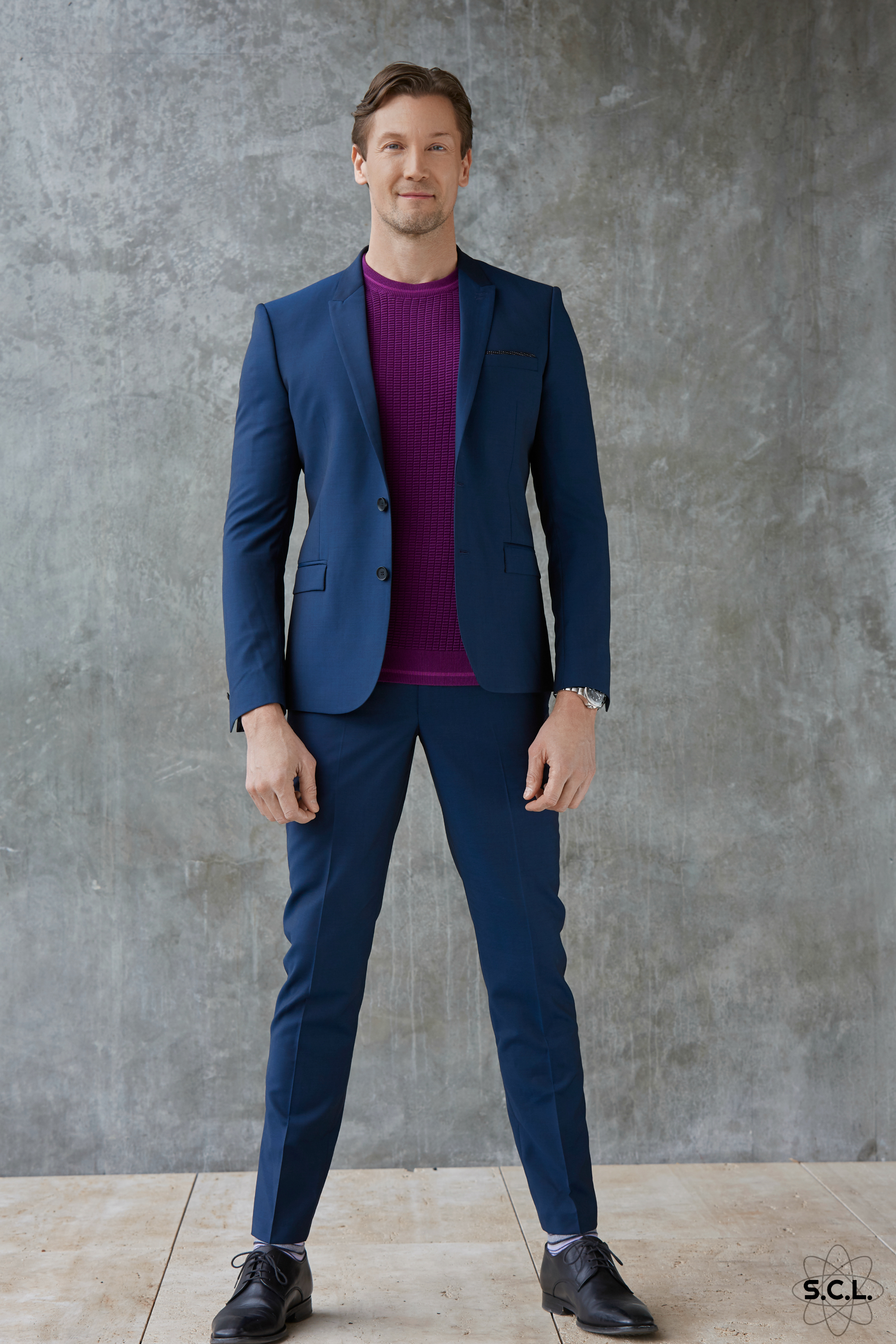 Being from Austin, Texas has its benefits when navigation the often turbulent waters of Hollywood which functions much as the ocean does; colorful and vibrant with a variety of fish, some yet to be discovered that fall under either predators or prey. “My Texas roots have really kept me grounded and helped me to know who I was before I got here,” Adam relates. “This has been a huge help in navigating Hollywood and has helped me make sense of some solid decisions.” One of those decisions was his decision to be an actor. “I made the firm decision to be an actor while I was studying at the University of Texas in Austin,” he recalls. “My professor as me to meet with him after class one day where I had just performed a monologue from the gripping movie ‘Taps.’” The impressed professor looked at Adam pensively and utters, “I’m not too sure, but I think you might want to consider this as a profession.” It was all Adam needed to hear. “That talk pushed me over the hump, I guess you could say.”

It was his time in Austin while attending the University of Texas forever shaped the actor, producer, and entrepreneur into the “broad-thinking, thoughtful, and strong-willed person” he is today. “It is truly a special place,” Adam states. When he isn’t immersing himself in character, absorbing and emitting emotion and devising plans to better the world, Adam lives. “I am a lover of life,” he explains, “so when I am not working, I love to be athletic and spend time with friends, traveling, eating, laughing and making and listening to music. I am also constantly reading and love to learn about life and to develop new skills.” He also has a passion for watching films as much as starring in them. “Even though it is what I do for a living, I just love watching them for leisure as well.”

Each day upon waking, whether a work day or day of leisure, I believe it’s important to set the tone for the day, with a daily practice that establishes your intent. Adam concedes, “I very much agree that how you wake sets the tone for your day, but I don’t want to dismiss the power of how you end your day as well. I start my day by rolling onto the floor from my bed and folding legs ‘Indian style’ into a Buddha-like position,” he says as I take mental notes. “I then meditate for anywhere from a minute to twenty minutes depending on my schedule. I then write down what was given to me through meditation as inspirational thoughts. I then map out my day by writing down the important things that I need to accomplish. Next, I write down who I am and all my goals in life. Lastly, I make my famous ‘life long green shake’ while listening to w world changer’s biography on audible.com. This ‘zen-like’ routine is occasionally interrupted with random emergencies that I am forced to handle.” Sounds a lot like reality. 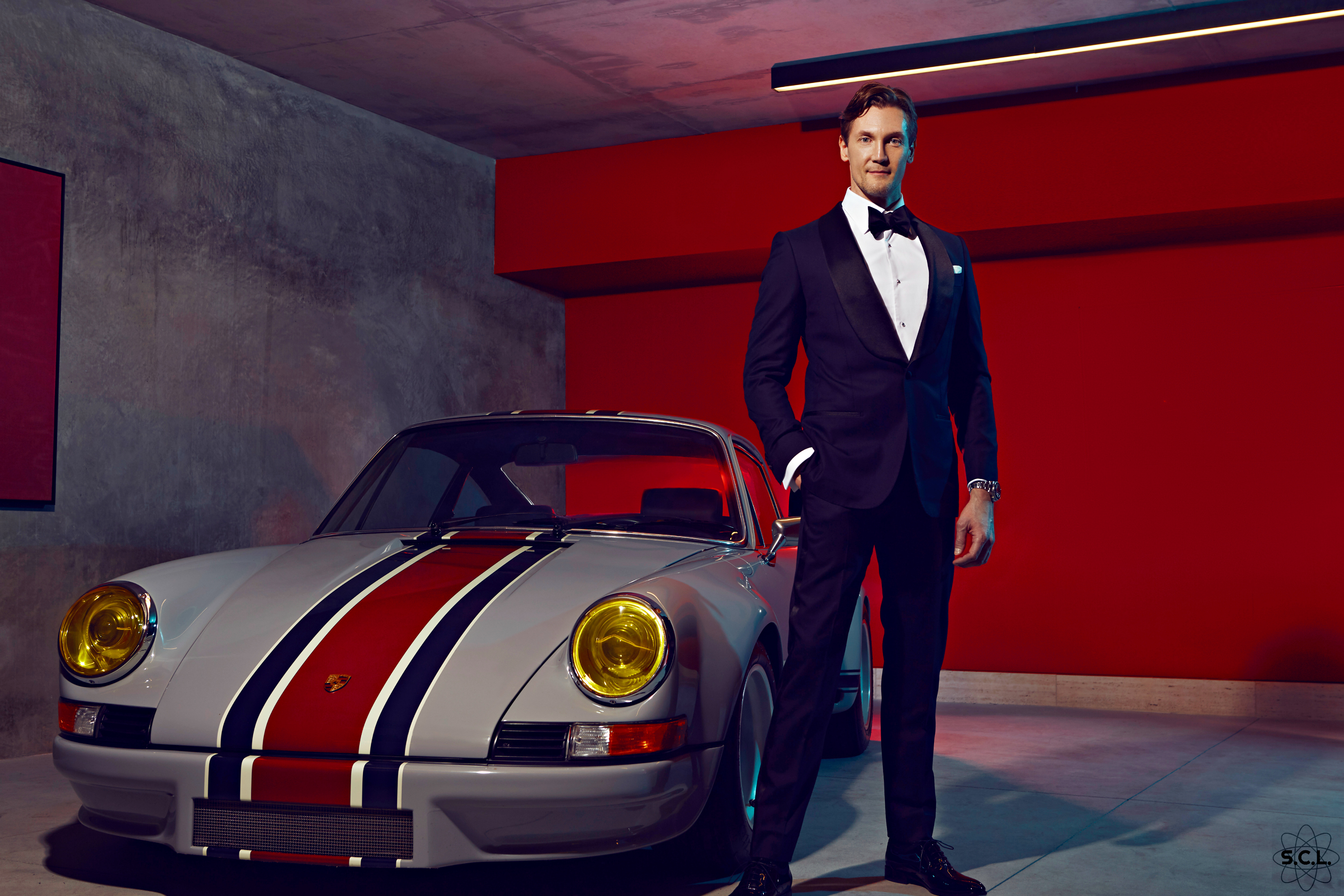