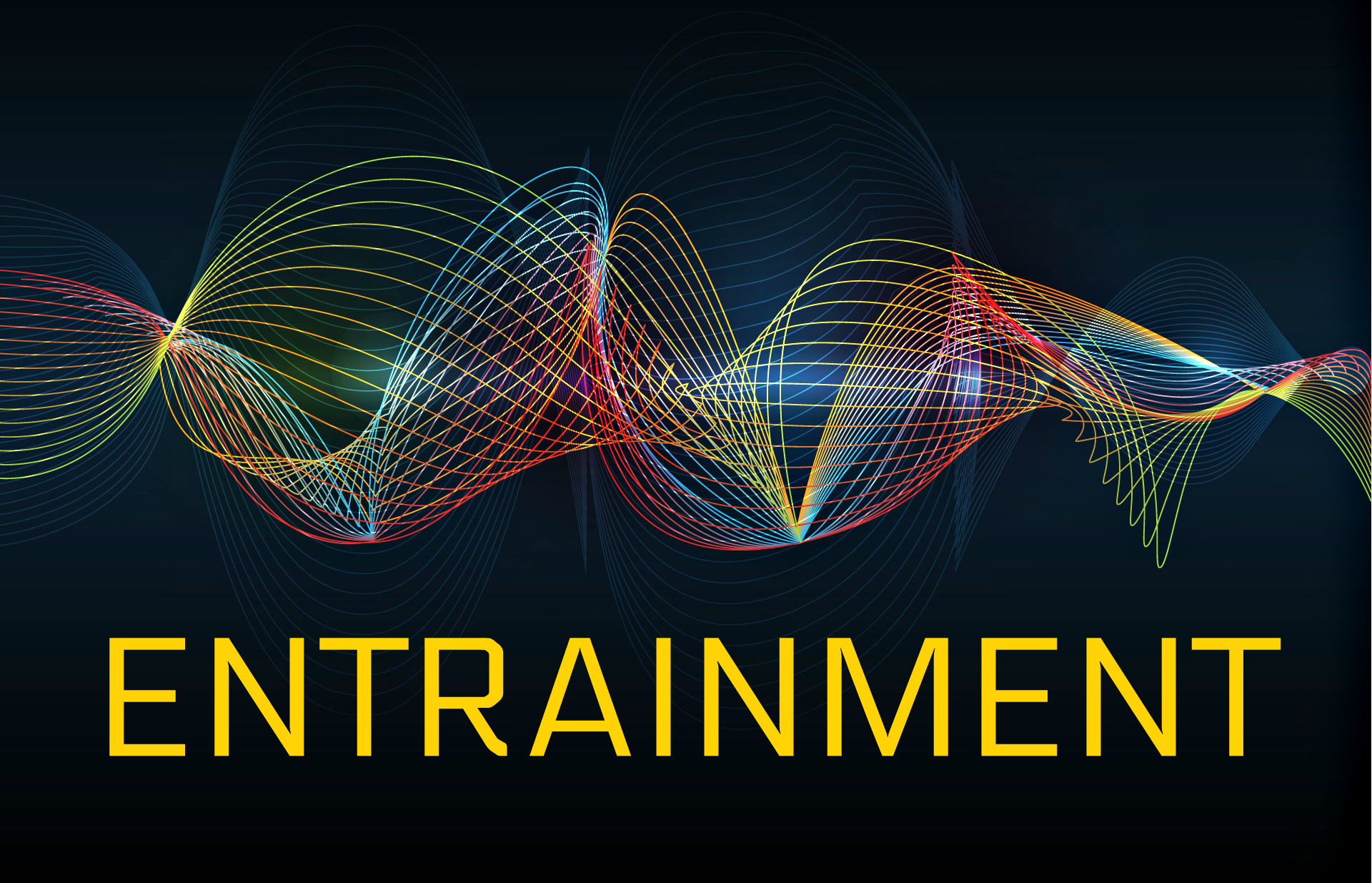 Now, the term entrainment is not a widely recognized one, none the less, it has a huge impact on our health, our wellbeing and our evolution as human beings. The term entrainment was coined by noted physicist, Christian Huygens, in 1666 when he noticed that a pair of pendulum clocks, left to their own devices, would eventually synchronize to each other. Only recently have scientists begun to understand the principles responsible for this phenomenon: a condition inherent to nature that motivates the subtle exchange of vibrational information between the pendulums, such that the pendulums “communicate” with each other until they find a harmonious and energy efficient rhythm together-as one.

Since Huygens’ time, the Principles of Entrainment have been found to apply to any system in which vibrating, oscillating or rhythmic cycles are present. Not the least of which would be the cells, systems and organs in our very own bodies, all being influenced by this Universal force, compelling the cells systems and organs of our bodies in the direction of a harmonious, energy efficient relationship and greater wholeness; oneness if you will.

A research and educational organization from California known as the Institute of HeartMath, has identified a special physio-emotional state that humans can fall into when the various oscillating systems in the body become entrained by the rhythm of the heart. In this state, according to their research, the body’s systems function with great efficiency and harmony and the body’s natural healing capacities are activated and amplified, which results in a number of positive changes in health, wellness and consciousness, such as, and I quote: “reduced stress, anxiety and depression; decreased burnout and fatigue; enhanced immunity and hormonal balance; improved cognitive performance and enhanced learning; increased organizational effectiveness; and health improvements in a number of clinical populations” (McCraty, Atkinson and Tomasino).

Furthermore, what the Institute of HeartMath has discovered is that the heart rhythm of a person in this special state can be detected in the nervous system of another person when the two people are either near each other or touching, meaning that this special, heart-entrained state and its benefits can be transferred directly from one person to another through touch, like through healing modalities such as the work I’m doing here, or close proximity, like when people are on tables next to each other.

Jay Uecker, D.C. has been practicing Network Spinal Analysis professionally since 2002. His educational journey has taken him from Lincoln, Nebraska where he received a Bachelors Degree in Exercise Science, to Minneapolis, Minnesota and Northwestern College of Chiropractic where he received his Doctor of Chiropractic Degree. He has served in places like India and Peru and is currently the director of the Network Life Center, with offices in Louisville and Boulder, Colorado. Click the following link and receive a FREE, 30-minute phone consult with me, Dr. Jay.