Whenever I interview an artist, I am most intrigued by the inspiration behind their work. In an article with Interview Magazine, artist Paul Heyer imparts a few stories behind artworks from his exhibition (1.16.18 – 7.1.18) at the Museum of Art in his hometown of Chicago. Here are two: 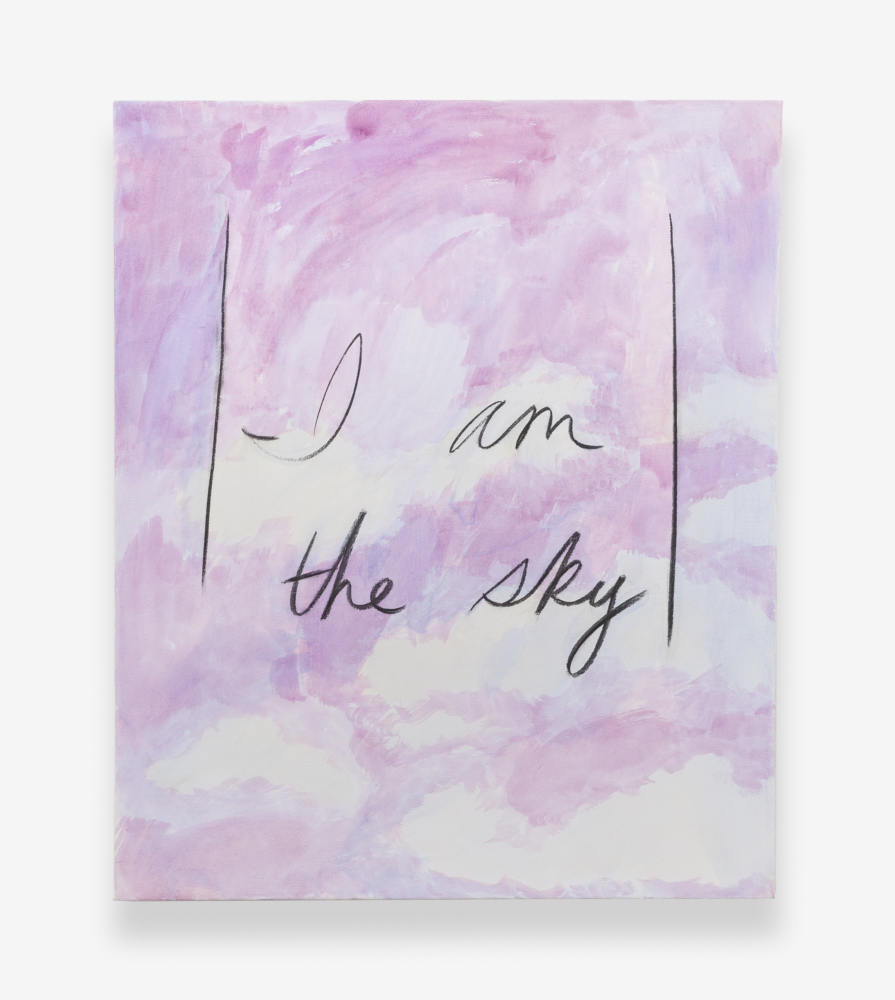 HEYER: I’ve done a few iterations of this piece. The first one was for my show at Night Gallery in 2016. I Am the Sky is like a koan to me, another trick of the mind. I like suggesting the viewer play make believe for a second. We’ve all imagined what it’s like to be a bird or a superhero, but imagine what it would be like to be the sky. A lot of my work posits that the real building block of everything is not quark or particle-wave of light, but imagination. Or it at least asks you to pretend that it is. So this piece has that quasi-religious, vaguely ravey tone that pops up a lot in my work. I want it to be almost too much, so that the viewer has to relax into it a little. 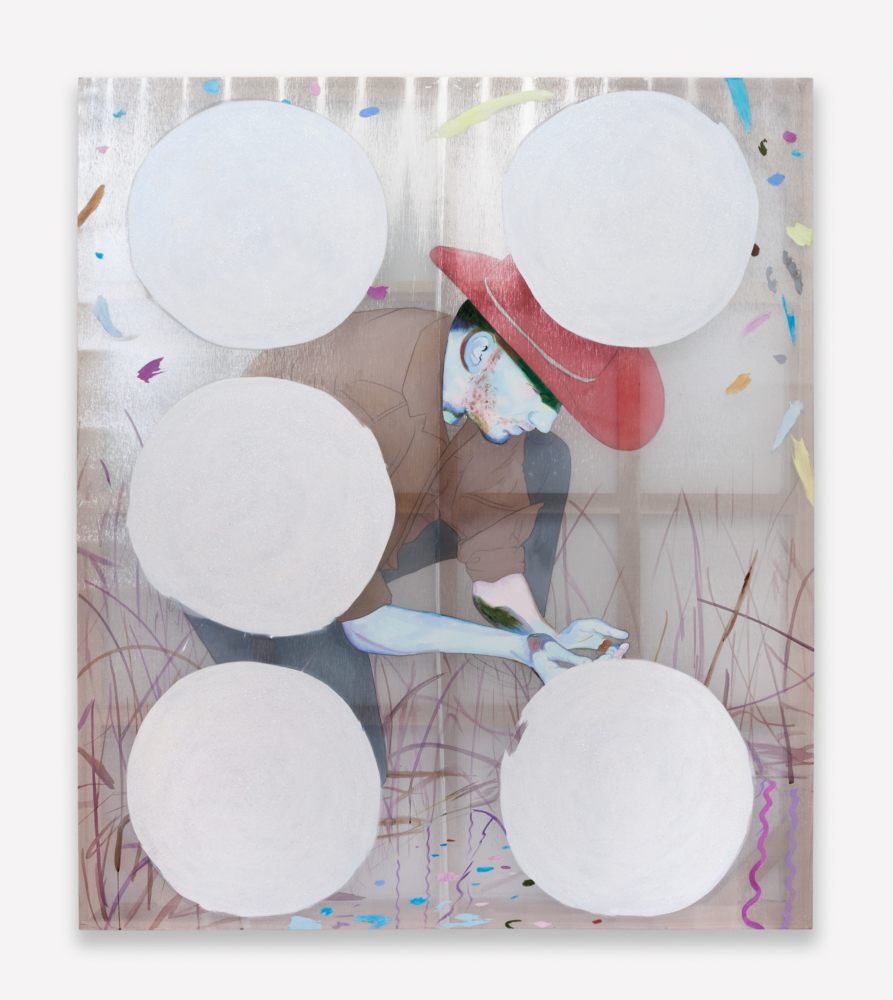 HEYER: This painting is part of the same suite as Heaven. It shows a blue and pink skinned cowboy stooping over the edge of a pond to drink water, painted on transparent metallic silk. I love the simplicity and almost stupidity of the subject: Drinking Water or You Need Water to Live. It’s so simple it kind of freezes your brain. The cowboy is like St. Francis or a solitary Zen monk, alone on the range with no company but nature. He’s also a metaphor for the artist, with his blue skin suggesting something mutant, angelic, or dreamlike. It’s also an homage to the Spanish Renaissance artist El Greco and his weirdly colored people who are always hovering somewhere between heaven and earth. I grew up super Catholic—this painting shows how it’s hard to shake the symbolism I picked up. Maybe the water is more than just water, just like maybe the brooms are more than brooms. That’s the Catholic way, [laughs] but it’s also a useful mind trick.