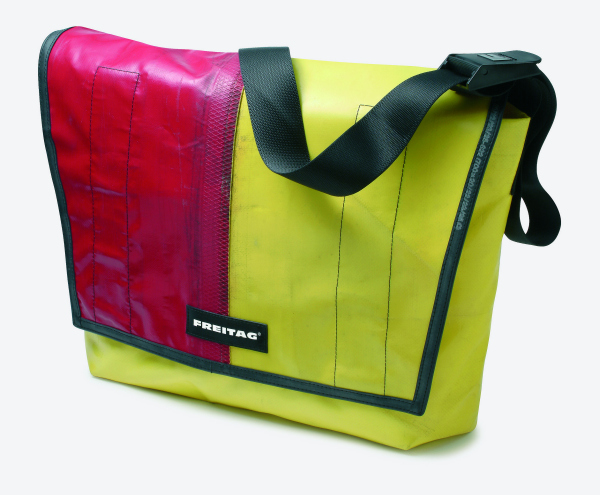 This is a story about two brothers and a sewing machine turning their roommate’s life into living hell. And then it’s the story of Freitag «freeway-bags made in Switzerland».

In the early nineties I moved away from home and got an apartment with the Freitag Bros. as my roommates. You’re young  – you make mistakes, right? This was in Zurich, the city everybody knows from postcards as a place of riches, swans and a blue lake coloured in post-production. Only I wasn’t rich, and our apartment was next to the transit route Germany – Italy which cuts Zurich in half like a chainsaw cuts a wedding cake. Continuous mini-quakes invading the building, making paint and mortar fall from the ceiling in plate-sized chunks and cracks. Cracks in our walls.

Scientists have proven that the permanent acoustic emissions from highways are extremely unhealthy: Nervous stress, light sleep, depressions and, inevitably, straight-out insanity. In reality the first couple of months with Markus and Daniel were bliss. But then my seemingly sane and friendly roommates started doing things that would drive you more nuts quicker than any noise imaginable.

I was on unemployment, got up at noon and tried to think of a story that would turn into my first novel. Roommate Markus Freitag was different. Hyperactive as he was – even in those times – he laid down the beginning of a story which I am about to tell here. 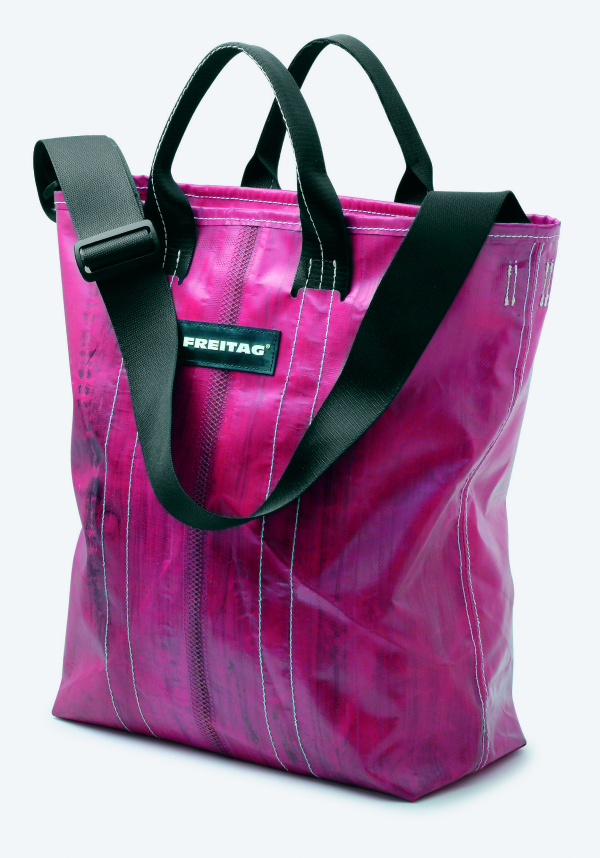 One morning Markus attached a trailer to his bike and pedaled to a nearby industrial zone. When he came back it was with the old tarpaulin from a cargo truck. Lugging it up to the fifth floor he started scrubbing it in the bathtub. He then laid it out in his room between mattress and stereo, and drew cut lines on it: the prototype of the FREITAG bag.

Our comparatively comfy apartment now radically changed as did my life. For weeks the bathtub would be full of black, smelly water polluted with dirty tarpaulins. The hall was stacked with boxes of ‘precious materials’: old bicycle inner tubes, seat belts saved from the ravaging teeth of junkyard dogs and more, many more stinking tarpaulins. The kitchen table was replaced with a preindustrial sewing machine. Its sound overruled anything you’ve ever heard chattering down a street. Traffic was closing in on me from all sides. Daniel Freitag had been able to test their bag on the back of a hard-core bike messenger in San Francisco – and when he returned to Zurich from his globetrot, he took the last square foot of our apartment and installed a computer. Packing lists, invoicing, addresses: the printer added a new shade of yellow to the acoustic landscape of what I had to call my home.

Apparently to reimburse me for my pain and suffering, they gave me two Freewaybags – a big one and a small one. The original models. Garbage turned into robust and a sort of elegant-lookingmessenger bags. And not one was like the other. Drawing the cutlines on the printed tarpaulins, Daniel and Markus art-directed the design of every single bag. I hadn’t thought of this project as a business before, but slowly it dawned on me that they might be more likely to go places with their bags than I was to go with my novel.

The rent on my new apartment is bordering on exorbitant, but I managed to relocate to a quiet side-street. The walls are freshly painted, and I am the proud owner / operator of gadgets like remote-controlled heating in the bathroom. It even heats my towel rack.

The Freitag Bros. are no longer making their bags in their apartment. They’ve got themselves a nice ’n neat little business with 40 employees, a worthwhile home page (www.freitag.ch) and all that. The bags aren’t sewn on-site anymore, they are partially outsourced to a manufacturing facility employing disabled people. So you’ve got that social aspect too – apart from the ecological aspect of wearing totally recycled materials. This is serious. Words like «innovation», «creativity» and «niches» and other linguistic straws people use to make sense in the area of consumer products feel right at home here. 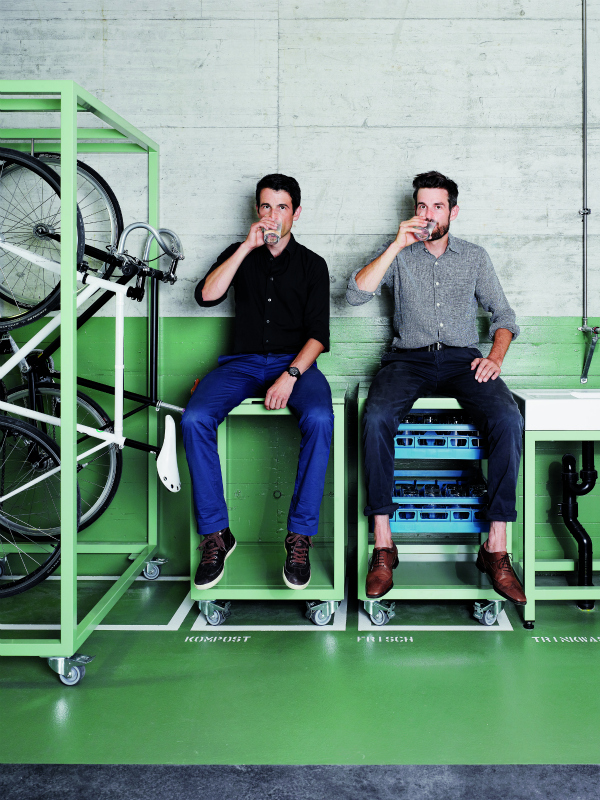 At this point I would like to describe an encounter I had in New York not long ago: I was in the city to do research for my new novel. I was geared to get a piece of the clubbing. The Lower East Side – I went down there.

I found a bar that was pretty empty in terms of furniture – maybe it had only been opened for a couple of hours, maybe it was meant to be that way – you never know in these places … Many people there, their number and dresscode suggesting I was at the hip place at the right time. Bingo. When I approached the bar for a drink, one seriously down-and-out looking guy looked me over: «Nice jacket,» he said, referring to my Swiss nickel-and-dime raincoat. I only wear it when it’s raining cats and dogs. «Looks a bit like those FREITAG bags! Do you know them?» I check to make sure that I’m not wearing a FREITAG bag myself (we know the tricks), and started telling the guy my story. He kept crying out: «Wow! That must have been GREAT FUN!» He was pretty nice otherwise though.

Summing it up, all I can tell people who want to get themselves a FREITAG bag is: «People, the FREITAG bag is still one solid piece of equipment – they’re nice, and the two guys certainly deserve their success. Respect, brothers!»